Boobie Bears are from the creative genius of Scarlet of Scarlet’s ‘Little Orphans’. What started out as a fun pasttime to connect with friends exchanging ‘Boy Bears’, has turned into a micro movement.

In essence, the concept is simple. Scarlet sends out her travelling Boobie Bears from her home in Winterton, North Lincolnshire in the UK, with a very special mission.

After developing cancer herself in 2018, Scarlet decided her bears could help to raise awareness of breast cancer. Boobie Bears are sent out to travel the world, bringing a smile to all who come across them and their heartfelt message.

In February 2018, Scarlet was told she had Paget’s disease, a form of breast cancer that affected her nipple. When asked about her diagnosis, Scarlet said:

“I had a tiny flake of skin on my nipple that wouldn’t heal. Paget’s disease doesn’t show on a mammogram or ultra sound.”

After an operation in March 2018, Scarlet lost a nipple, lots of breast tissue and had to undergo a reconstruction. After three weeks of daily radiotherapy, the cancer was gone!

“I wanted to turn a negative into a positive and send the girl bears out for breast cancer awareness.” 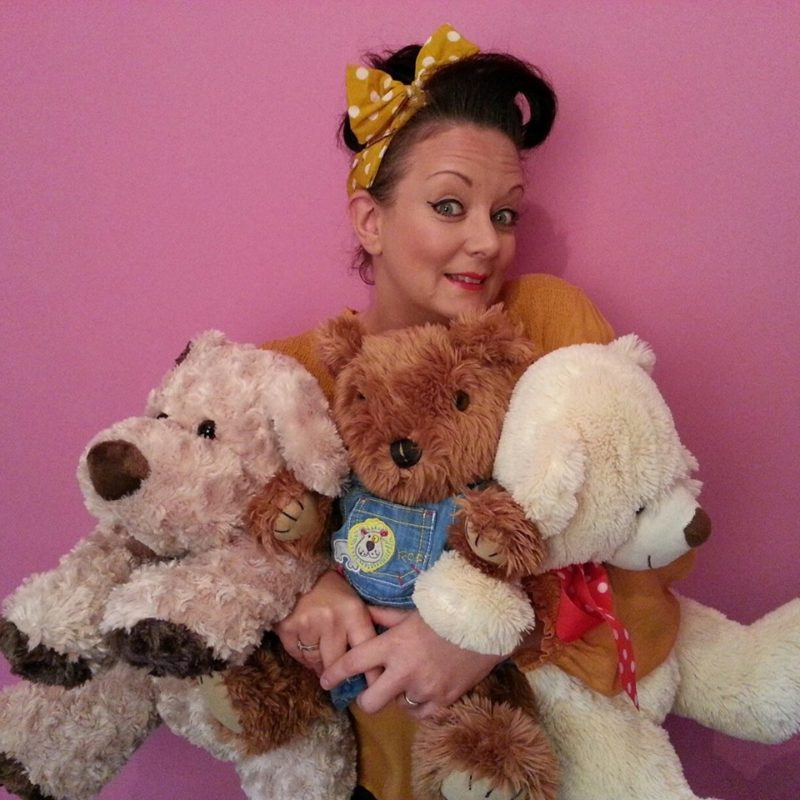 So, where do Boobie Bears come from?

Scarlet sources her bears from her own pocket, picking them up from charity shops and car boot sales. In addition, she asks her Facebook followers for teddy bear donations where possible.

“People in my village have been amazing and I often get up in the morning to teddy bears being posted through my letterbox.”

As the bears leave Scarlet and travel on, their adopted finders post on Scarlet’s dedicated Facebook page, Scarlet’s ‘Little Orphans’.

These prompted Facebook posts help spread the message. As well as creating an oh so cute travel diary. So, when it’s time for a Boobie Bear to move on, it’s carefully left in its next destination. Afterward, it’s ready to be adopted once more and continue its journey.

“I’m very proud of my Boobie Bears and their feedback. A few ladies have had their boobs checked after seeing one of my bears, which I think is amazing.”

Over 300 bears have been sent out so far. Unfortunately, they do not always turn up online. However, Scarlet keeps a track of the ones that do. She adds people’s photos to dedicated albums, illustrating their journeys.

“The bears are everywhere from Skegness to Australia, to the Caribbean and Europe – and lots of places in between.”

Scarlet will continue to send out Boobie Bears for as long as she can. With this in mind, she hopes her grandchildren will carry on her Boobie Bear mission when she is gone.

“It really is amazing to see where they go and what they get up to.”

She gives bears out to friends, family and colleagues to take on adventures, as well as leaving them wherever she goes. She’s been posting them to people all over the UK too, so that they can join in on the fun!

You can keep an eye on Scarlet’s ‘Little Orphans’ page for all of the Boobie Bears adventures. You never know, you may even find one of your own some day!

What do you think of the Boobie Bear concept? Where would you take your Boobie Bear?