It has to be said, Netflix UK have been doing the country proud of late, with an incredible selection of binge-worthy TV series sourced from across the globe. No matter what you are into, you will certainly find something to spend hours transfixed on. Flicking through can be an arduous task, so here are the top 10 TV series to binge watch on Netflix UK in 2018. 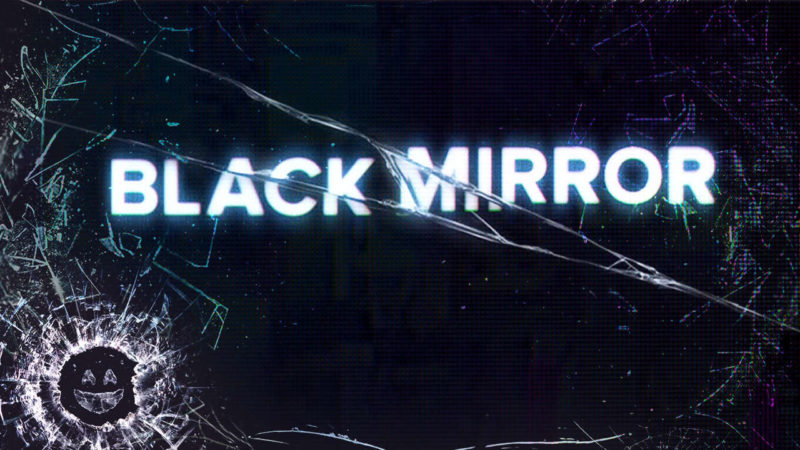 From the critically-acclaimed genius of Charlie Brooker, the anthology series Black Mirror was brought to Netflix exclusively from series 3, with Netflix UK currently hosting all seasons. This fictitious and fascinating TV series looks at the world from an entirely cynical and satirical perspective. Each disturbing episode works as a standalone piece, looking at the evolution of society, our relationships with others and technological advancements. Its futuristic nature cautions us with ongoing depictions of the worst case scenario in each dystopian episode, highlighting the ultimately negative effects that we and our technology have had on the world as we know it. Black Mirror will not fail to suck you in with its plausible tales and will certainly make you think twice about your actual and virtual relationships.

The release date for the fifth season has not yet been announced. 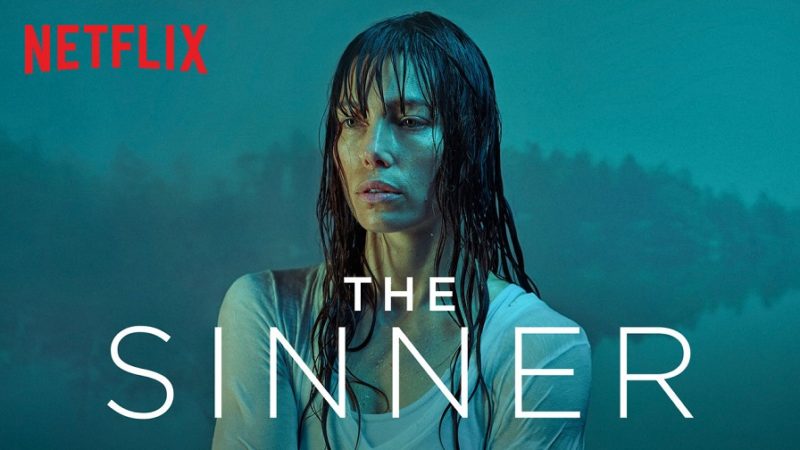 The Sinner is a slow burner but for good reason, throwing you in with an unexplained public murder within the first episode and leaving you utterly perplexed until the last. The first season follows the story of a depressed Cora Tannetti (Jessica Biel) who although satisfied with her husband and child, seems unfulfilled and detached in her mundane life. After committing murder on a family day at the beach, she is thrust behind bars with no indication as to why she has committed this heinous act on a total stranger. With psychological analysis and persistence, her haunting past comes back to life piece-by-piece in this oh so clever and thrilling psychological drama. 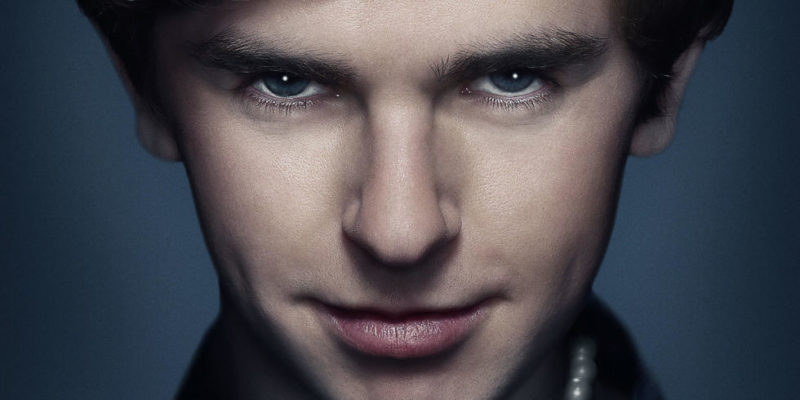 Bates Motel is the contemporary prequel to the infamous story of Norman Bates (Freddie Highmore) in Psycho and his downright creepy relationship with his mother, Norma (Vera Farmiga). Looking at Norman’s adolescence, this series shows this almost charming young man’s slow descent into psychosis as we meander through the trials and tribulations of his life – his mother never too far away. His delicate mental state ensures this teenage journey is no ordinary one, thrusting the characters within down a violent and dangerous path.  Who will make it out of the other side? 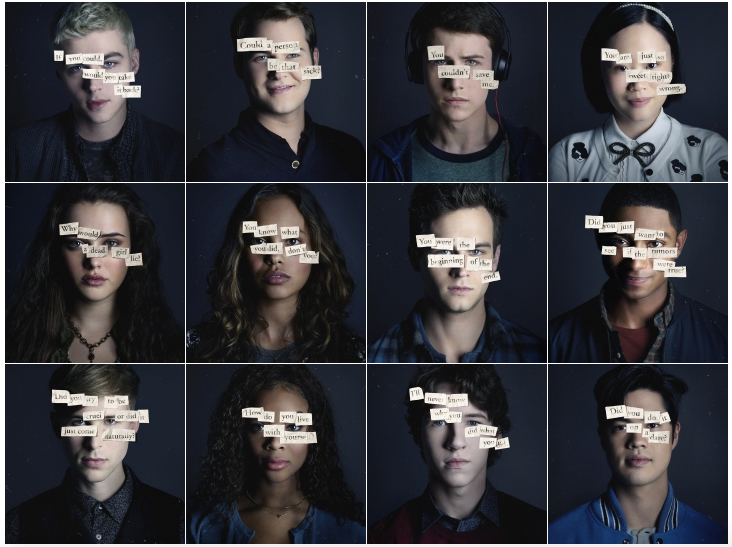 As infamous as it is famed, 13 Reasons Why emulates the horrors of bullying, depression and suicide. Following the aftermath of school girl Hannah Baker’s (Katherine Langford) untimely  death, Hannah leaves tapes depicting the 13 reasons why she chose to commit suicide. These are to be listened to in turn by all the people who had wronged her. Her closest friend, Clay (Dylan Minnette) is handed these tapes last. 13 Reasons Why follows Clay as he listens to each in turn, addressing and coming to terms with each and every person involved in her tragic decision. This gripping drama highlights key issues facing many teenagers across the world and acts as a wake up call to those who choose to bully.

If you’re looking for some feel-good watching, look no further than Gilmore Girls. Following the life of single mother Lorelai (Lauren Graham) and daughter Rory Gilmore (Alexis Bledel) in the sleepy hamlet of Stars Hollow, you’ll soon become immersed in their lives. Watch an ambitious Rory grow from adolescence into adulthood as her dreams for the future come to fruition with the love, support and downright persistence of her somewhat overbearing-yet-loveable mother, Lorelai. The show is packed with relatable moments and sheer wit. Although it’s an older TV series, this pop-culture US classic will not fail to steal your heart – and hours upon hours of your time.

Be sure to watch the Netflix exclusive Gilmore Girls: A Year in the Life Of once your finished binging all seven seasons.

American Horror Story offers fans a unique adventure into the spooky, strange and mysterious. In this horror anthology series, each season follows a distinct tale, often in a different period of time and with a somewhat refreshed cast. Throughout the series, you will come face-to-face with a host of killers, ghosts, aliens, witches, clowns and vampires to name but a few. You will put yourself in the protagonists-come-victims shoes as each creepy tale develops with a roller-coaster of twists-and-turns before coming to a penultimate conclusion. Interestingly, each season is connected in some way. So keep your eyes peeled as you binge to join together the dots.

The release date for the eighth season has not yet been announced.

Stranger Things follows the lives of a group of downright nerdy kids in the 80s. When one of their friends go missing, the group are thrust into a world of supernatural forces, secret government experiments and are to meet a very odd little girl indeed. They must find their friend and in turn come face-to-face with their worst nightmares in an alternate world known as the Upside Down. Can it all work out in the end in this beloved sci-fi hit?

The release date for the third season has not yet been announced. 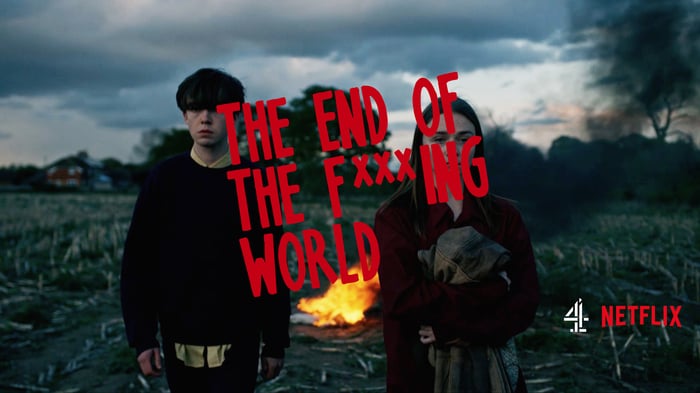 The End of the F***ing World

Become immersed in the dysfunctional world of James (Alex Lawther), a UK school boy who is convinced that he is a psychopath in The End of the F***ing World. Following his inner monologue throughout, he targets new girl Alyssa (Jessica Barden) as his next victim who soon forces him into a romance with her rebellious nature. This quirky dynamic duo run away together, causing far too much trouble along the way as they grow closer on their road trip. However, their criminal spree cannot last forever and the pair have to face up to reality quickly in this coming-of-age drama fest. 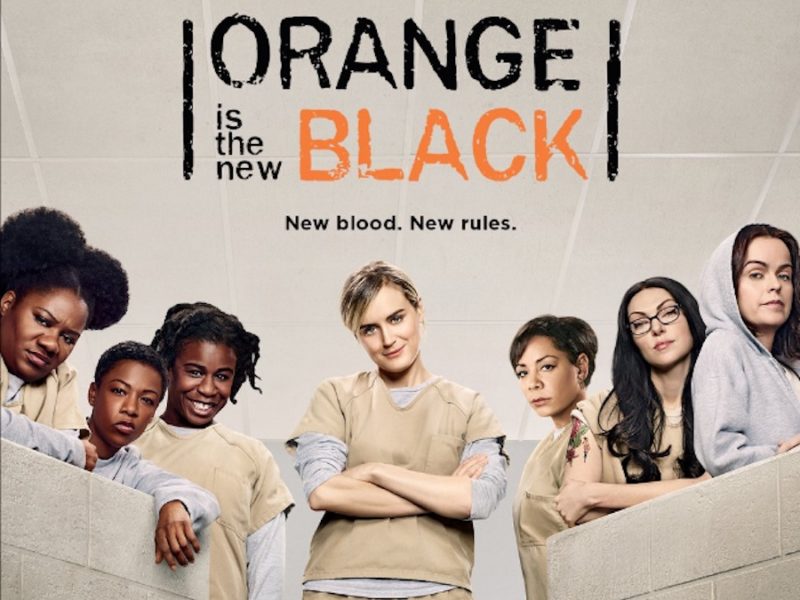 Orange is the New Black

Orange is the New Black follows the story of privileged Piper Chapman (Taylor Schilling) who ends up in a women’s prison when a crime from her youth catches up with her – and gosh is she out of her depth.  This fascinating show demonstrates the reality of just how difficult and life changing a stint in prison can be. It follows a breadth of characters with a clever series of developmental stories and flashback tales to understand each backstory. In no time, you will be sucked into the inmates world at Litchfield Penitentiary prison. It also tackles modern problems in the current prison system such as overcrowding, funding cuts, corruption, drug smuggling and violence.

The release date for the sixth season has not yet been announced. 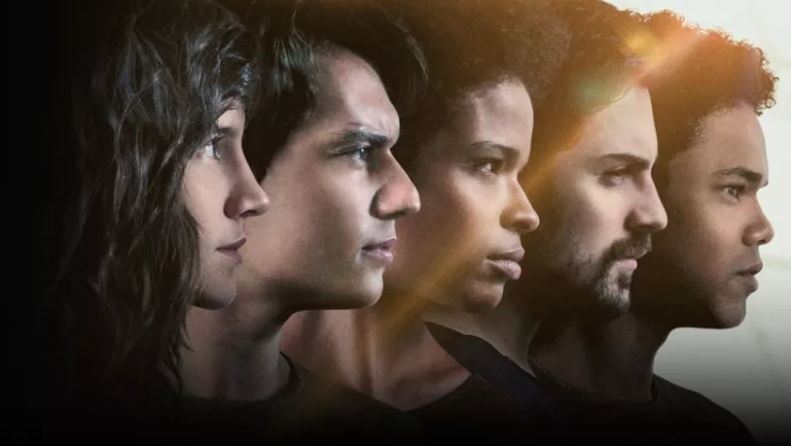 Although badly dubbed, 3% is a fascinating tale of elitism in a dystopian world. Hordes of people from the impoverished ‘inland’ face a process of elimination in order to gain access to the fabled ‘offshore’ island – those who succeed, are the lucky and worthy 3%. The story follows protagonist Michele Satana (Biana Comparato) as she makes her way through the process in a hope to kill the head of it whom she believes has murdered her brother. Supported by revolutionary party, ‘the cause’, she aims to destroy this unfair and immoral process from within in vengeance. These lucky candidates who pass the process are promised a life of bliss within this utopia, but is the grass always greener on the other side?

It would seem the US is doing us Brits proud when it comes to fantastic TV this year and with this list, you are pretty much sorted for summertime watching on Netflix UK.

Whatever your mood, put one of the top 10 TV series to binge watch on Netflix UK in 2018 and enjoy a long and lazy evening in.

Which of these TV series have you watched? Which would be your first pick on this list?

Looking for more film and TV series reviews and news?