Disney is a universal brand, a timeless reflection back to our youth. It is brimming with fond memories of cinema trips and cosy nights in with the family. Tales of traditionally ‘perfect’ Princesses, talking animals and sing-along-songs. The companies ability to hold a special place in the hearts of each generation for almost a century is admirable. So, why is Studio Ghibli, the Japanese counterpart for the East, so much more?

For those who do not know of Studio Ghibli, it was founded in 1985, around 62 years after its fair-to-say rival, Disney. The Japanese company has created over 20 beautiful animated feature films to date, with their own array of wonderfully crafted heroes and heroines.

The two animation giants undoubtedly share similar traits, their work is utterly timeless and adored globally. However, it is a belief shared by many that the East began to take over the West when it came to quality animation, and there are a fair few reasons why Studio Ghibli will always surpass Disney.

Growing up, I watched both Disney and Studio Ghibli films, and the latter continues to move me as I edge towards my mid-twenties (a scary prospect). The heart of Studio Ghibli stems from its animation team, especially from the creative brain of the former lead director, Hayao Miyazaki, who created something with a far deeper moralistic and feminist meaning. 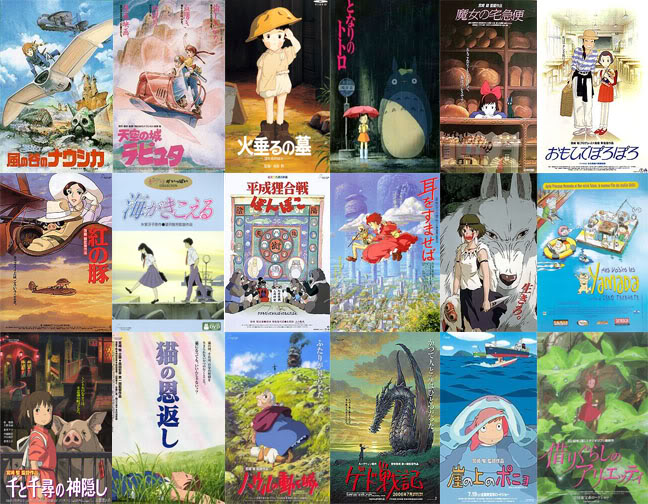 Why are strong female leads so important in animation?

Like many, I found myself learning far more from Studio Ghibli, with their tales of female struggle and empowerment (most films tend to have a strong female lead). Unlike the Disney Princesses, the heroines are relatable without the patronising undertone and the magic and depth of their fantasy tales awakens the attention of adults, as well as presenting important moral dilemmas and messages for children watching.

Looking at the female leads in Disney films (predominantly the Disney Princesses) in comparison to those in Studio Ghibli, a striking difference will continuously manifest itself. Time and time again in Disney, it will be seen that these princesses are overtly defenseless without the men in their lives to rescue them (Mulan, Merida and the new Princess Moana being the few exceptions).

Compare this to Studio Ghibli, and you will find feminist icons in abundance,  the majority of Ghibli films have an admirable and strong female lead. Miyazaki says:

“Many of my movies have strong female leads – brave, self-sufficient girls that don’t think twice about fighting for what they believe in with all their heart. They’ll need a friend, or a supporter, but never a savior. Any woman is just as capable of being a hero as any man.”

Not relying on a man (or anyone for that matter) is a recurring theme, everyone is seen as equal in the gender Olympic’s and this is just wonderful for the self-esteem of a small child, who doesn’t love feeling empowered and equal?

Why is female empowerment needed in animation?

An example of utter reliance on men is presented to us in The Little Mermaid (Disney). Our leading mermaid, Ariel, plays centre-stage under the sea, she is beautiful, feisty and terribly naive. Of course, she falls head-over-heels for the ‘wrong’ guy in the opinion of her father, whom she then desperately seeks out upon the land in exchange for her voice. He notices her, but not enough to avoid being bewitched and ensnared by a witch. Says it all but a happy ending is guaranteed, this is Disney. 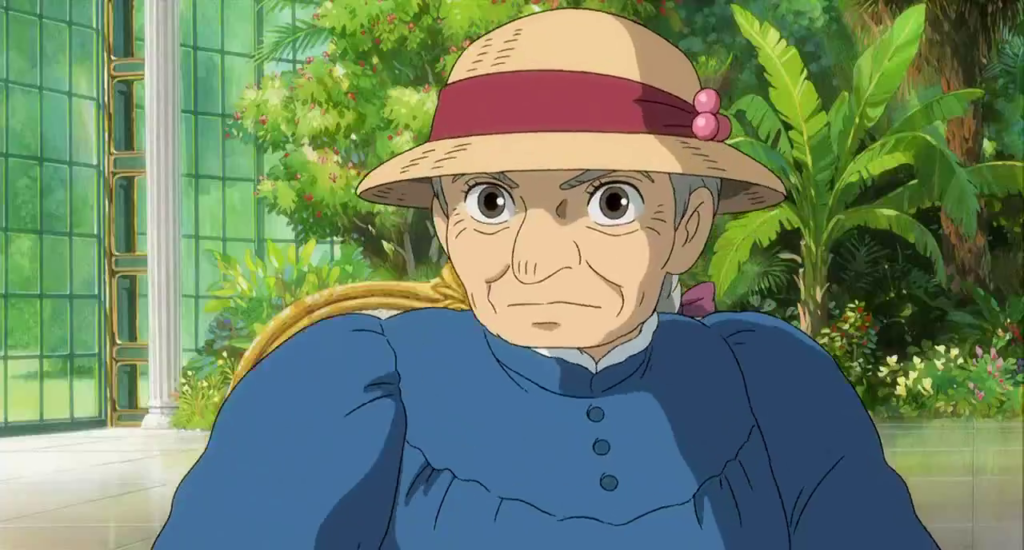 Compare this with female protagonist Sophie of Howl’s Moving Castle (Studio Ghibli), and you are presented with a self-conscious wallflower.

Sophie is plain and unnoticed, obviously reinforced as viewers see that even her own mother fails to realise her transformation from a young girl into a twisted hag. This ordinary girl, no ‘beauty’ on her side, must seek out a wizard whose attention she had caught in her youthful state. Sophie cannot speak a word to anyone about the curse and therefore must lurk around until she can figure out how to break it herself, while her wizarding companion is on a quest to find himself also.

There is far more depth to Sophie, she’s opinionated, brash and stern (probably something to do with the aged state and being utterly fed up). Whereas Ariel is presented as emotionally motivated and stroppy, only seeking her happiness as an end goal and caring little for the loss of those around her (particularly her somewhat overbearing father who is terrified about her disappearance). On the other hand, Sophie seeks to help all those around her, she is a complex character whose love and compassion motivates her throughout, perhaps even at her own expense and happiness at times.

The problem with Disney is that helplessness, ‘love’ and beauty define the Princesses. With Studio Ghibli, beauty isn’t key, the female leads are admired for their strength, journey, and powerful hearts. It is a stark and reoccurring difference, just select any Disney or Studio Ghibli film.

Some critics argue that Studio Ghibli films exploit these young heroines. However, It would seem that the consensus argues that Ghibli, in fact, challenges girls to solve their own problems. Saying this, modern Disney appears to have approached this too with ‘stronger’ characters such as Mulan and Merida, to name a few. In contrast, Studio Ghibli has been doing this with his characters since day one, in a culture often perplexed by such dominating female empowerment.

Another perk is that Studio Ghibli animations provide far more cultural exploration for us Westerners and prove themselves to be culturally apt. Whereas Disney often fails to truly embrace the cultures of their Princesses in their locality.

Often you will hear of Disneyland being the ‘most magical place on earth’, its stories the basis for this magic. I argue that Studio Ghibli offers far more magic, it teaches us to be kind, to not judge, to respect and cherish our environment (nature being of great religious importance to the Japanese), that pacifism can work and childhood transitioning is tough, no one can save you from it but you.

Their stories are creative, with complex and challenging storylines, developed and iconic characters, heartwarming and meaningful messages, embellished with beautiful animation. Studio Ghibli will remain timeless to its audience, holding many an animated heart for a lifetime with their emotion invoking work. The core and important message will stay the same, despite your gender, appearance, size or background, you can achieve anything you want to, and this is why Studio Ghibli will always surpass Disney.

Does your heart remain with Disney or Studio Ghibli? What is your favourite Ghibli film? 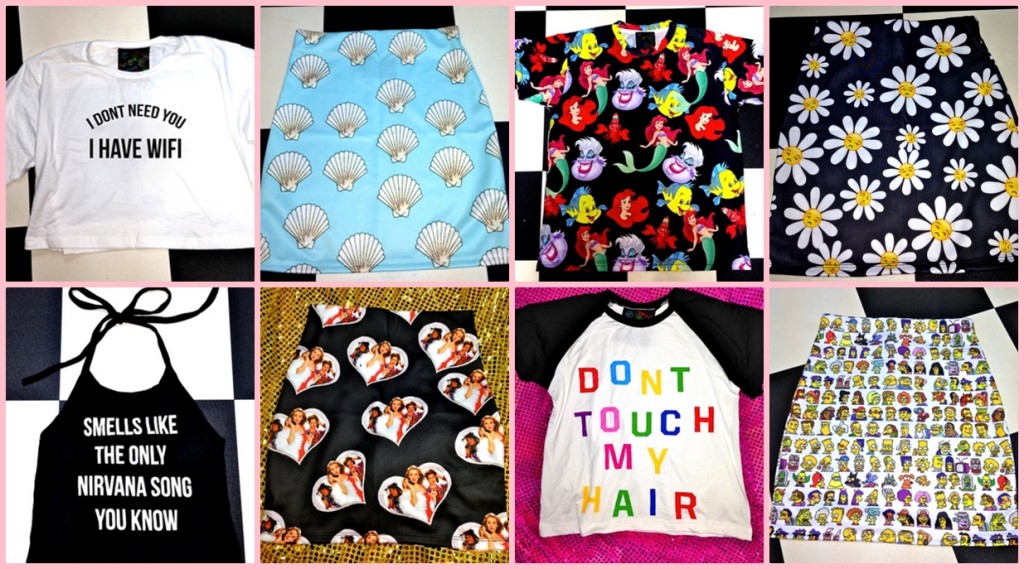 So, are you ever just browsing the Web or chatting away to a friend and discover a brand that you both simply adore?

The latter was the case for me. Last night during an actual ‘casual drink’ with my lovely friend Sayuri (a wonderful photographer-come-journalist-come-superwoman ~ do be sure to check out her work and various other ramblings here) she introduced me to O-Mighty and I fell in love, instantly.

Now, this site may not be everyone’s cup of tea fashion-wise. I often find that fashion is very much down to personal taste – at least it always has been with me, an avid failure when it comes to the latest trends.

O-Mighty is just a fabulous brand, and features a wonderful array of pop-culture, tongue-in-cheek graphic prints, and designs. They have tops (think halters and crops – perfect for summer), bottoms (cute bodycon, flattering skater skirts and ‘booty’ shorts for the more adventurous among us), dresses, rather obscenely worded ‘lingerie’, accessories and even swimwear!

The website originates from Singapore. Considering this, the pricing isn’t as friendly as you’d expect from an Asian website.

It is pretty bold and bright for most people but a lot of fun, match any of these items with something simplistic and they are easy enough to pull off without looking too erratically vibrant – and yes, I would wear ALL of this.

What do you think of O-Mighty? Anything pictured that takes your fancy?