The story of King Lear is a classic tale of familial love, betrayal and madness – a true tragedy in all its elements that will have you questioning humanity.

Shakespeare’s Globe theatre is currently running the show as a highlight of their Summer of Love 2017 season – and it is a play that should not be missed.

A production of Nancy Meckler, this tumultuous performance is a true work of magic, in the midst of tragedy you are presented also with a night of incredible and sometimes crude comedy, quick retorts and clever wit. The crowd bellowing with hearty laughter and the sound and light effects encouraging wonderful chaos.

It makes for an eclectic atmosphere on a darkening summer evening and is presented by a stellar cast of skilled and fascinating actors. Kevin McNally, who plays King Lear makes for fantastic viewing, emulating the deteriorating King in such a way it makes you feel as if he was an older relative slowly descending into madness.

The King is propped up by his loyal Fool (played by the incredible Loren O’Dair) throughout, who appears far wiser with jibes, clever tricks and incredible humour and sorrow as you make your way through the story.

The acting brings to the forefront an array of emotions, as you relate with the erratic King, pitying him, willing for it not to end in tragedy. Alas, this is Shakespeare and we all know the end to this tale. 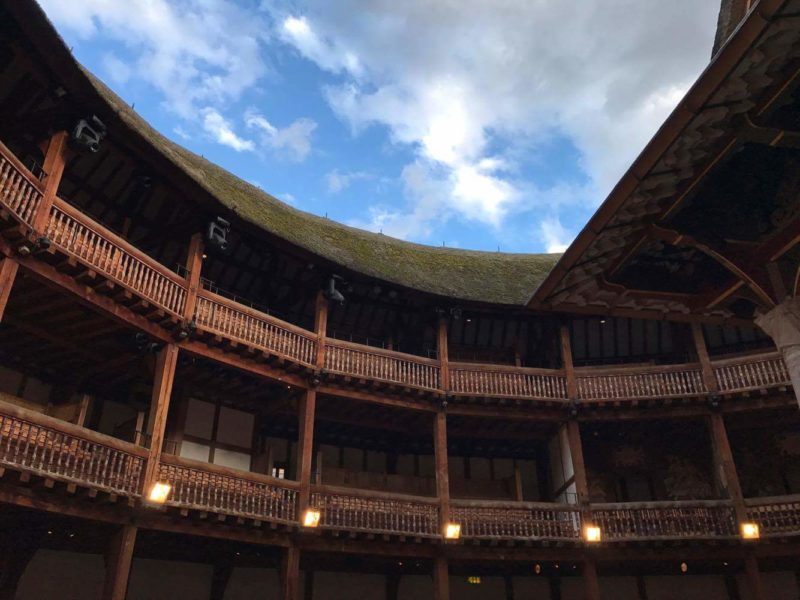 The performance is a well-rounded affair of joy and sorrow, tragedy remains at its core and this comes to a head, as expected, during the second half. The entire cast are passionate, some doting and others truly villainous, presenting themselves in role as perfect examples of their at times questionable traits.

I must say, my only vice was the costuming, which was presented in a half-hearted combination of period costumes and modern sportswear shoes. Quite peculiar to say the least but the show must go on.

King Lear is the perfect date night treat, suited for a more adult audience. I would thoroughly recommend the evening performance to experience the full spectacle of the accompanying light and sound effects. I would also recommend standing for a truly authentic experience.

King Lear is running until the 14th October, 2017. For a sneak preview of the themes within the play, take a look here.

Are you a fan of King Lear? Have you ever been to Shakespeare’s Globe?