York Pass: top 10 things to do in York, England

A city famed for its culinary delights such as chocolate, Yorkshire puddings and even their tea, some may say that York has it all. Here are our top 10 things to do in York, England.

Step into the beautiful city of York and be prepared to stand in awe. This Medieval walled city is brimming with attractions and bursting with a quaint charm that is hard to find elsewhere in the UK.

Surprisingly, York is rather small city considering its fascinating and lengthy history. Bordered by just two miles of Roman walls, the city centre is easy to navigate on foot and it lends itself to being a perfect destination for a long city break.

So, when exploring York, what must you do and see? Here’s my recommendations on the top 10 things to do in York on a budget, including the best sights to see and the best local hotel to unwind in.

The best thing? Pretty much all of these top 10 things to do in York attractions are free to visit with the York Pass – there’s over 30 included!

Top 10 things to do in York – visit York, England on a budget

The York Minister is a grand Gothic cathedral, highlighting pretty much all of the Gothic architectural styles over its development. It is famed for its ornate Medieval stained glass and is one of the largest churches of its kind in Northern Europe. Within, discover its artefacts, wander through the undercroft museum and take a trip up the tower. Did you know, no building in York can be higher that the York Minister? 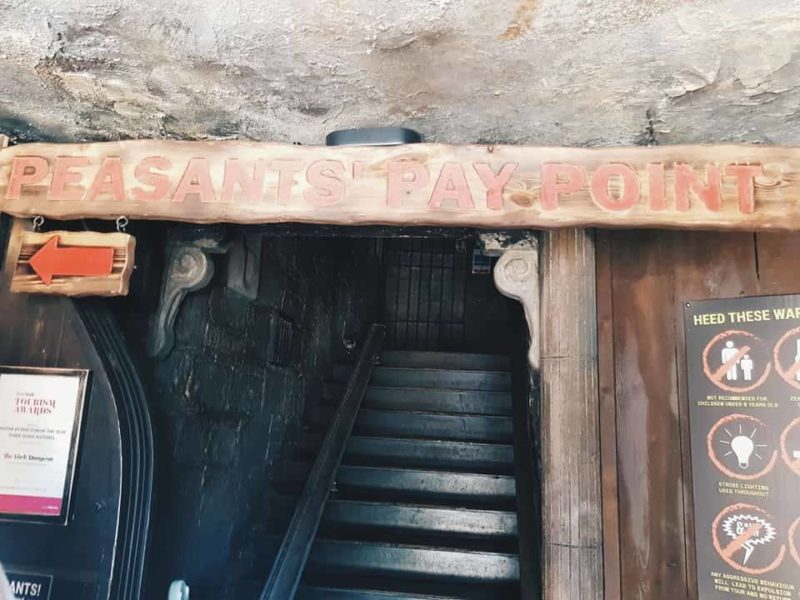 You really cannot prepare yourself for what you will discover in York Dungeon. Pre-warned by the staff of its gruesome interior on entrance, its safe to say you are put on high alert. A few posed pictures are thrown into the mix before you and the group await your guided tour to start. As you wait in this darkened room – be sure to not mistake people for statues – a door creeks and you are beckoned in. The 75 minute tour takes you through York’s dark and dreary 2,000 year history via 10 live shows from Vikings to the plague and Guy Fawkes to Dick Turpin. Consequently, you will learn about bandits, witches and heretics and leave with an elevated heart rate.

York Dungeon is free with a York Pass 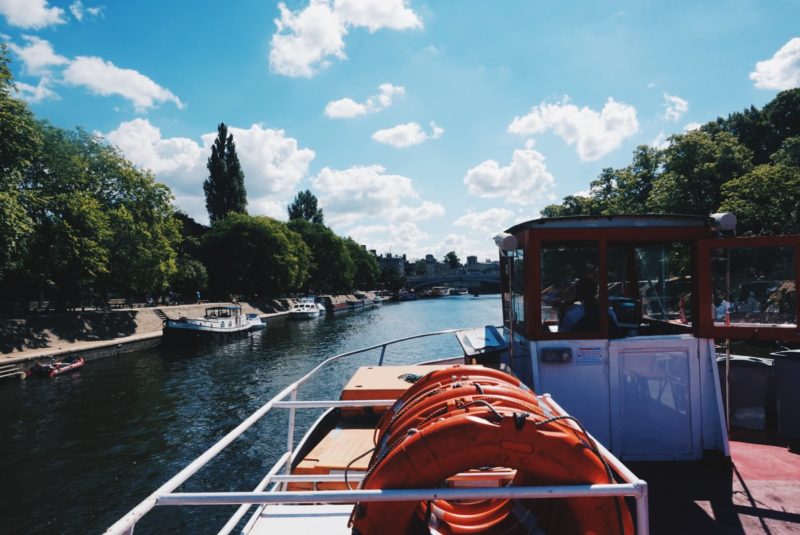 On a summers day, what better way to explore a city than on its waterways? An hour long cruise on the River Ouse is a charming affair with City Cruises York. Your captain will navigate you, enhancing your local knowledge with a myriad of interesting facts. Basically, expect folk, wartime and downright peculiar tales, as you watch life in York slowly go on by. 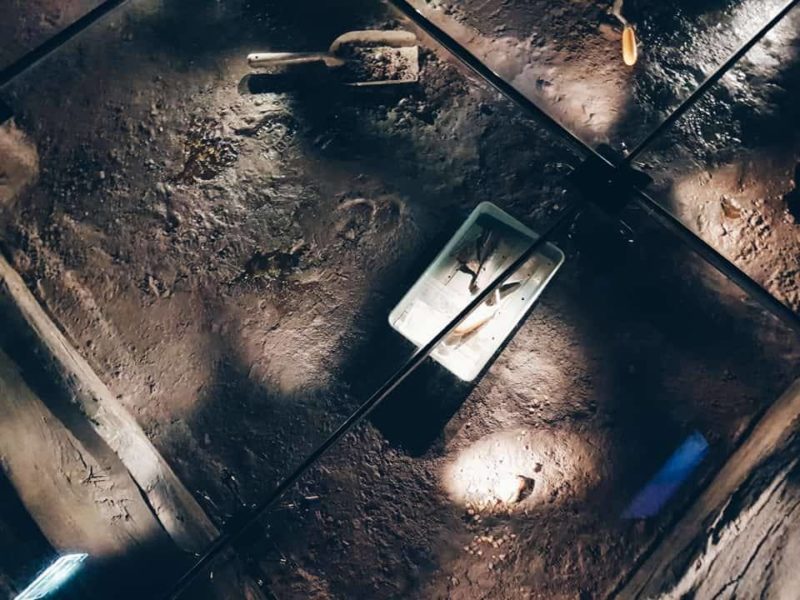 Entering the JORVIK Viking Centre, I was not quite sure what to expect. As you make your way downstairs, you discover an excavation site beneath a glass floor, making for interesting viewing as you are informed of its origin and purpose. Follow the room round, and you are greeted with a hanging ride cart, select your language, secure your seat and you’re off! You gently weave through Viking Jorvik (York) and are greeted with a host of realistic animatronics, their at times woeful tales narrated within your cart. On exiting, discover Viking artefacts found within this archaeological site –  and a few skeletons to boot!

JORVIK Viking Centre is free with a York Pass 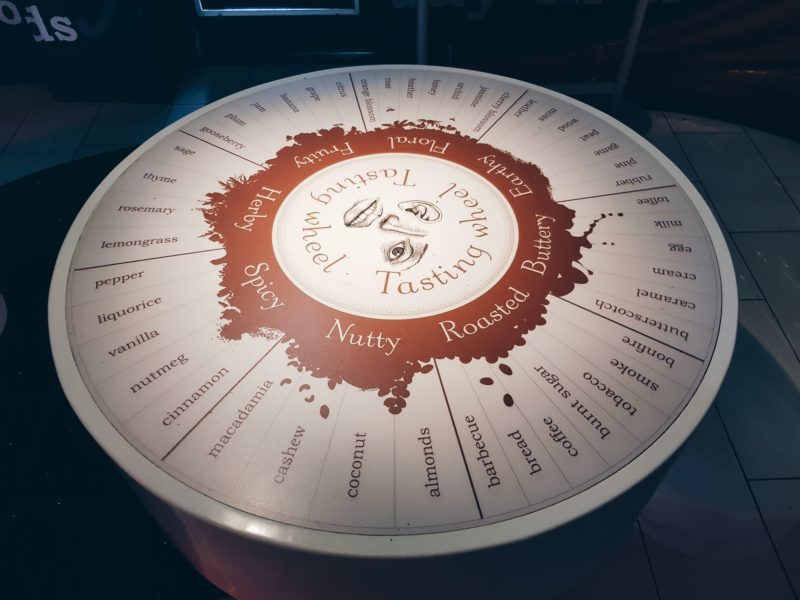 Ever wondered how chocolate was made? Now’s the time to find out within the UK’s most famed chocolate city. York founded many an esteemed chocolate making company. This includes the famed Terry’s and Rowntree, responsible for the chocolate orange and Kit Kat respectively. Who’d have thought that all these family favourites were founded in the same place! On York’s Chocolate Story’s guided tour, you’ll delve into chocolate’s dark history. You’ll discover the chocolate making process via interactive workshops and will devour a few sweet treats along the way – as well as get to have a go at creating your own!

York’s Chocolate Story is free with a York Pass 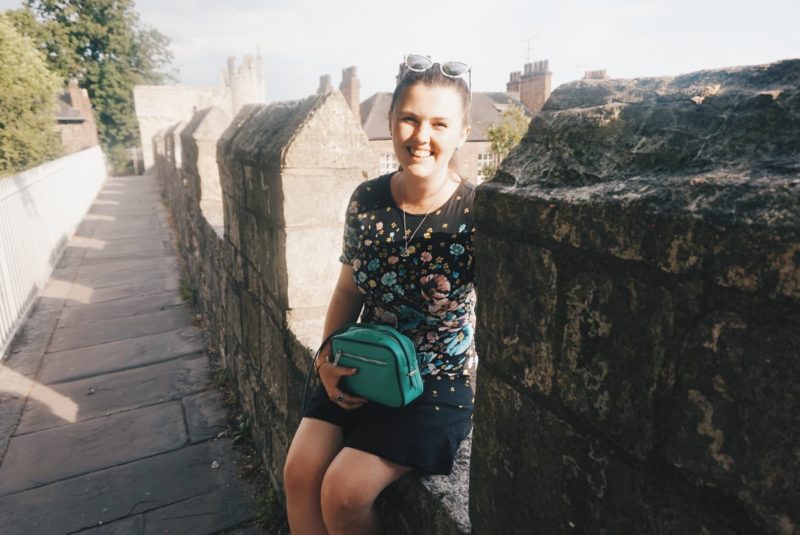 Across York you will quickly discover the city walls, it is a sight to marvel in a UK city. These Medieval walls encircle the city in parts with around two miles to peacefully stroll along. They offer some incredible views from their ramparts and make for some cute photo opportunities!

The York city walls are free for all 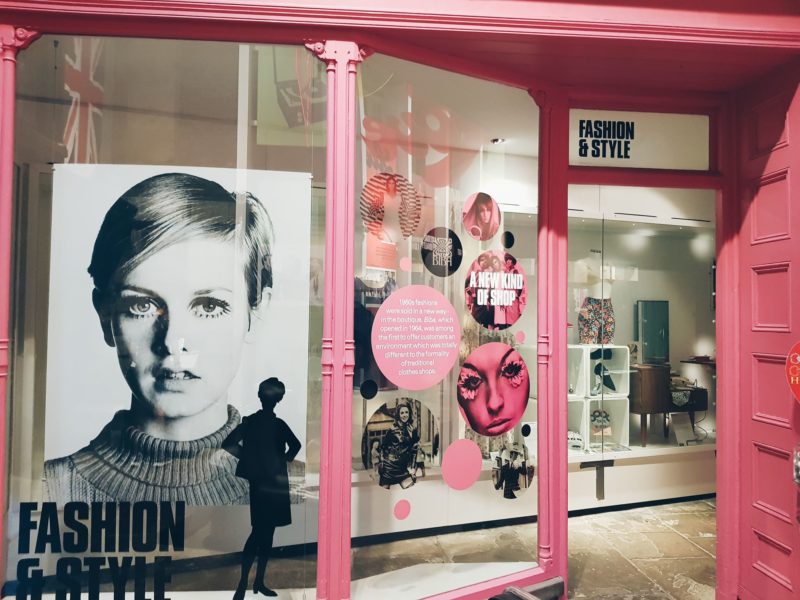 York Castle Museum offers a multitude of fascinating and varied exhibitions detailing over 400 years of York history. These include a walk through Victorian York down a recreated street, a history of toys, the best of the 60s, a focus on the body and health, powerful women, fashion history and even a throwback to WW1. Lastly, you will get to explore York Castle Prison beneath which allows for reflection on York’s sinister justice system over 1,000 years – the infamous highwayman, Dick Turpin, even had a spell in these harrowing cells. You will leave with many an interesting fact and lets face it, a superb local knowledge of York’s history.

York Castle Museum is free with a York Pass

Clifford’s Tower is the only real structure that remains of the former York Castle, originally built by William the Conqueror. In its long history, the castle has served as a tax office, treasury, an administrative headquarters, a court, military base, royal mint and the city’s former prison! Once you ascend its gruelling steps, the rather dilapidated Clifford’s Tower offers a wonderful panoramic cityscape view.

Clifford’s Tower is free with a York Pass 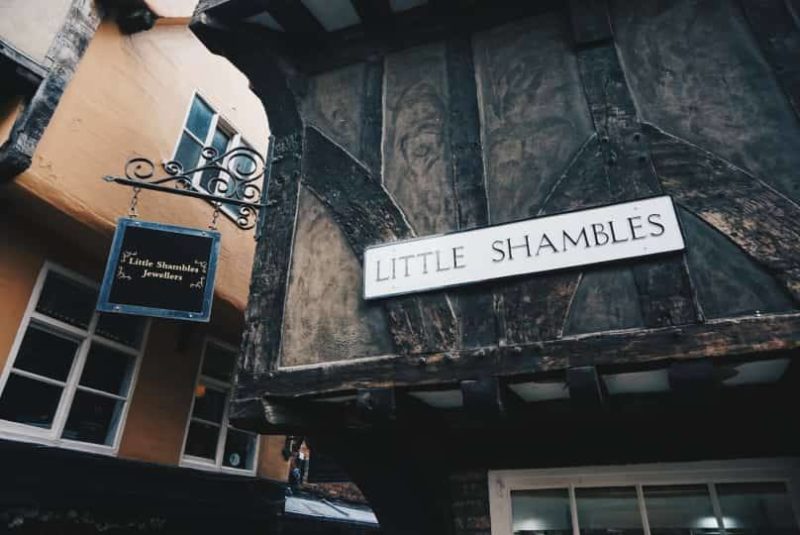 The Shambles is a quaint cobbled street in York, close to The Shambles market and many of York’s attractions. Here you will find cafe’s, restaurants, bakery’s and a host of themed shops. It is said that The Shambles inspired J.K. Rowling’s Diagon Alley in Harry Potter. Therefore, any self-confessed ‘Potterheads’ will find three stores dedicated to the franchise within The Shambles. So, it is certainly a must see for fans.

The Shambles is a public street and free for all 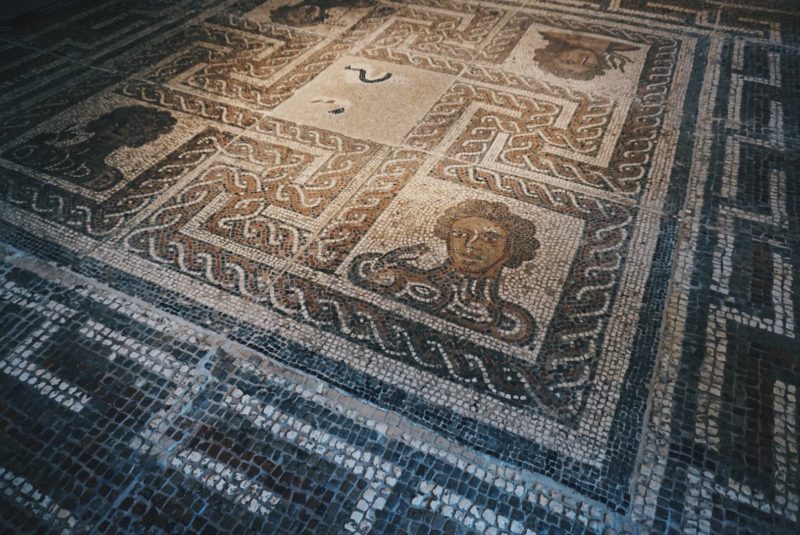 The Yorkshire Museum offers history buffs a treasure trove of delights. Inside, take a stroll on a genuine Roman mosaic floor, see the Middleham Jewel and gaze at a four and a half billion year old meteorite. The best part? The new Yorkshire’s Jurassic World exhibition where you will have the chance to learn more about and actually feed an actual dinosaur – it’s a lot of fun! Most noteworthy, The Yorkshire Museum is simply brimming with archaeological, historical and geological finds.

Yorkshire Museum is free with a York Pass

Where to stay in York 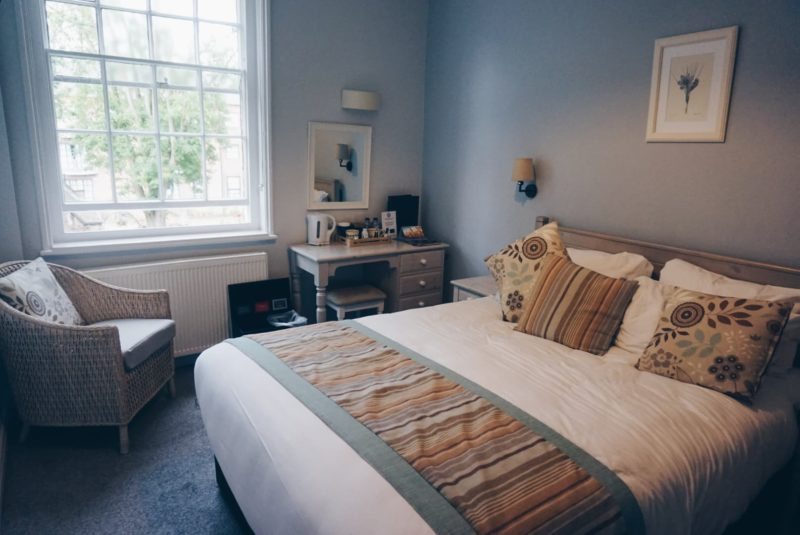 We stayed at the Middletons Hotel in York, around a five minute walk into the town centre. The hotel is situated amongst beautiful landscaped lawns and gardens. There’s plenty of places to sit out in the sunshine, with picnic tables and a decked area, there is even a pond.

Almost every corner of the Middletons Hotel is embellished with flowers and the buildings are a mixture of complimentary architectural styles. Furthermore, the rooms are clean, spacious and bright and there’s a bar, restaurant and gym available to use onsite. What more could you want?

So, how much can you save with a York Pass?

So, how much did we save with the York Pass? With all these attractions in mind, they totalled £83.10. We took our time and did these over two days but all of these attractions could be easily visited in a single day. A one day York pass is £42 and a two-day is only £60! If you get it done in a day, that is a saving of £41.40 each!

Lastly, for more inspiration on where to go in York with your York Pass, take a look at the Visit York website.

Have you ever been to York? What did you think of our top 10 things to do in York?

Looking for other UK days out guides?